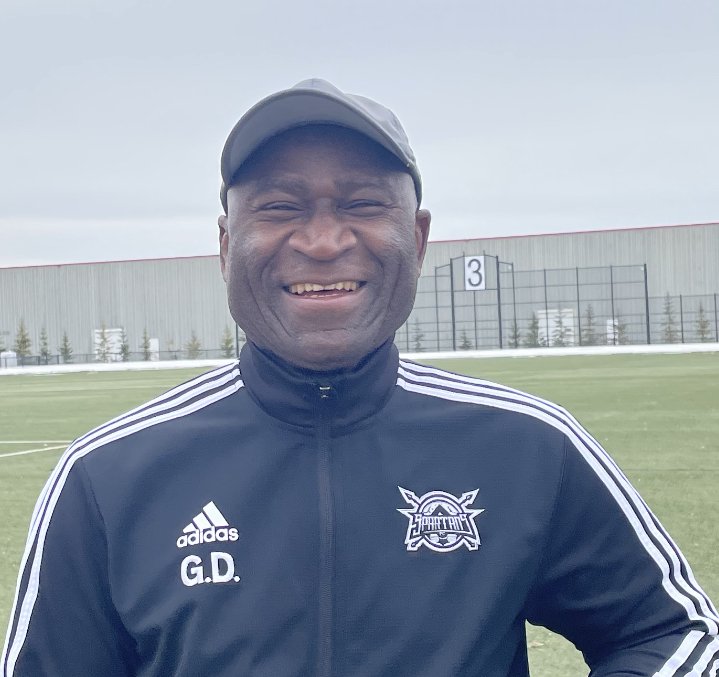 My name is Guillaume Dikoume. I was born in Douala, Cameroon.

How did you get involved in soccer?

From my younger ages, soccer has been my life style. I have been fortunate enough to have donned the colours of the national team of Cameroon. After getting a degree in Botany in 1998, I signed my first professional soccer contract in Greece, where I played for 7 years. In 2006, I obtained my UEFA “A” Soccer Coach license, which allowed me to be a coach. I arrived in Canada in 2008 and since then, I have been putting my knowledge and experience to the service of multiple soccer clubs communities.

My philosophy is to support, encourage and guide every young soccer player through the process of meeting their full potential. Through soccer, I have helped young soccer players develop life skills, respect for others and the increase of their sense of fairness when competing. I am committed to delivering a modern elite player development program.

What does being a Spartan mean to you?

To me, being a Spartan means to be resilient. I believe that being able to spring back up from a difficult situation is a great character trait and that is something that I would like the Spartans to be associated with.

What is your favourite soccer memory?

My favourite soccer memory was in the 1992-3, Champions League final when Basile Boli scored a header at the 43 minute which eventually helped the French win their first Champions League.

What is your favourite soccer club?

Who is your favourite soccer player?

I enjoyed playing as a midfielder and my favourite midfielder was Luis Fernandez (France).

Who is your favourite coach?

Arsene Wenger is my favourite coach because of his commitment to develop players and this has contributed a lot to modern soccer.

As the Technical Director of the Spartans Soccer Club and Academy, my team and I are committed to put back each young player to the centre of all our attention independently of his/her skill level. By this we are confident that we considerably contribute to soccer development in Canada.